What do you do with the sled of your World War II M-29 Weasel? If you are the old 10th Mountain and Fort Drum Museum, you put in the storage room because there isn’t enough gallery space to display it. The Weasel itself, of course, gets top priority. But, if you are the new 10th Mountain Division and Fort Drum Museum, the sled gets displayed attached to the Weasel just as it was for the World War II era soldiers who used it while training in Camp Hale.

The sled is just one of many objects that is coming out of storage to see the light of day in the expanded galleries scheduled for a soft opening in early March, 2022 with the formal grand opening date still pending. “The museum’s move outside of the Fort Drum gates not only enabled us to be easily accessible to the public who will no longer need to gain access to Fort Drum, but it provides us with 9,000 square feet of space, a significant gain over our previous location,” says Sepp Scanlin, museum director.

Since July 2021, he along with curator, Kent Bolke, have moved countless objects, the research library and cabinets full of archival materials. Some of the objects have never before been on exhibit, such as  a World War II era 60mm Mortar, which has been in conservation storage. Also new on display is part of one of the crashed Black Hawks that ignited the Battle of Mogadishu in 1985 on long-term loan from the Airborne and Special Operations museum in Fayetteville, North Carolina and an Operation Anaconda sign that hung during the Divisions first year operating at Bagram Air Base in Afghanistan.

Other items will be familiar, such as the AH-1P Cobra and OH-58D Kiowa helicopters which had been used by the Division moved to their new location courtesy of the 227th Aviation Brigade of the 10th Combat Aviation Brigade at Fort Dum, New York.

But, moving the Weasel presented the biggest challenge as it had been on location since 2007 when the old museum was renovated around it. Luckily, to facilitate the Weasel’s move, the Fort Drum civilian workforce was able to maneuver it out three sets of doors and onto a trailer for its first trip in the snow in over a decade. It was then loaded onto a wheeled cart so that it could be put on a trailer. “It was real significant challenge to get it off of its old display base, and through doorways and around corners that were an inch wider than the Weasel itself. The Department of Public Works crew showed some real ingenuity,” says Scanlin.

However, now that it is in place, with its sled attached, in front of a panoramic photo of WWII 10th soldiers training in snowy Camp Hale, visitors will be able to envision how it was used and the impacts it had on the Division’s ability to navigate snowy terrain. “The Weasel is a favorite of many who visit the museum, and we hope that this new display will provide better context.”

But the museum also tells the larger story of Fort Drum as well as the 10th Mountain Division. After all, the area’s storied history begins long before the 10th Mountain Division arrived. In fact the exhibits start even prior to European arrival, highlighting how base lands were part of the Haudensaunee Confederacy.  This area of Northern New York was a key location during the War of 1812 and led to the establishment of Madison Barracks in Sackets Harbor – the U.S. Army’s home for over a hundred years before they relocated to the site of modern day Fort Drum. Today, it is where the modern 10th Mountain Division has called home since its reactivation in 1985. “Our museum tells this larger story of our brave men and women who serve our country, not just the WWII 10th but also those of today. We look forward to welcoming visitors and sharing our collective story,” says Scanlin. “There is something here for everyone.” 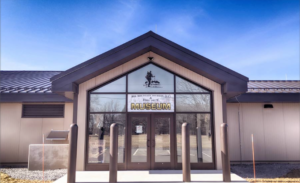 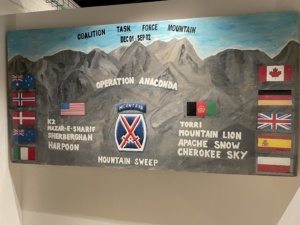 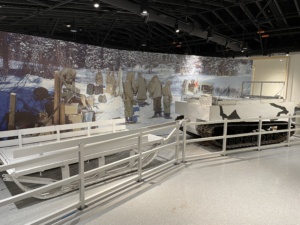 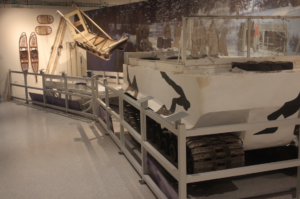 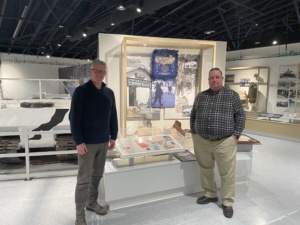 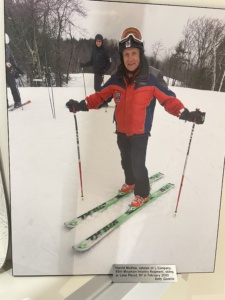 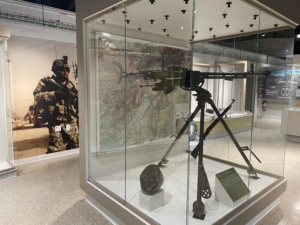